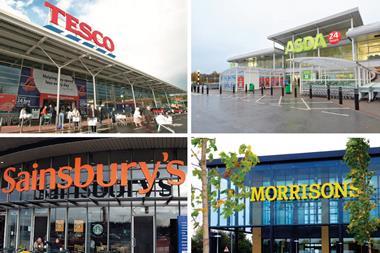 Grocery sales have declined for the first time since June 2016, according to the latest data from Kantar Worldpanel.

Sales fell 0.5% year on year for the 12 weeks ending 14 July 2019 as they failed to keep pace with a record summer last year, which was boosted by the men’s football World Cup and a prolonged period of good weather.

All the major grocers recorded a sales fall, with Morrisons recording the largest drop of the big four as sales dropped 2.6% during the 12 weeks to 14 July.

Ocado was the standout performer during the period as it increased sales by 11.9% due to customers buying from the online grocer more frequently.