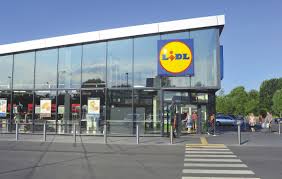 GERMAN RETAILER LIDL has announced that it will begin to offer customers in-store recycling stations in order to reduce packaging waste.

The supermarket chain said that segregated recycling stations will begin to be introduced at the end of customer checkouts in all of its 160 Irish stores from the beginning of next month.

It said that it anticipated that rollout would result in tonnes of plastic, cardboard and other materials being recycled across their store network.

Plastic packaging is a big contribution to Ireland’s waste, with consumers becoming increasingly conscious over single use plastics like straws and cutlery. Lidl discontinued sales of these and similar items last year.

The company said that it had trialed recycling stations in three Lidl stores in Gorey, Greystones and Ballycullen and that they had been a big success.

“We know from Repak research that Ireland is one of the leading recycling countries in the EU for packaging recycling, however Ireland’s EU target for recycling is to increase to 65% by 2025,” Lidl Ireland’s Managing Director JP Scally said in a statement.

“We want to play our part in supporting the country to achieve this target through our recycling stations nationwide,” he added.